A history dating back 90 years, a family-run company now its fourth generation

From machine shop to large foundry, almost a century of castings in the name of innovation

Zanardi Fonderie’s history began in Legnago (Verona) in 1931 and the plant in Minerbe, where all of the company’s operations are now managed, was built in 1963 for the production of spheroidal graphite iron.
Today, our foundry boasts more than 200 employees, managed by the fourth-generation Zanardi family, which, since the Eighties, has stood out for its innovation and research in austempered ductile iron (ADI). 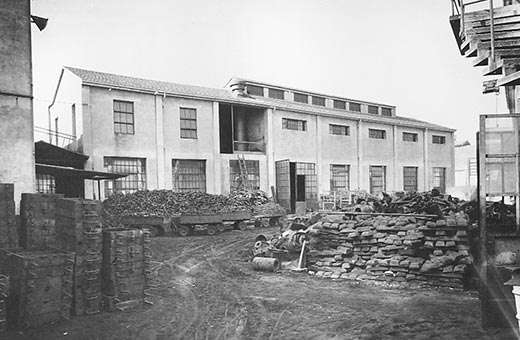 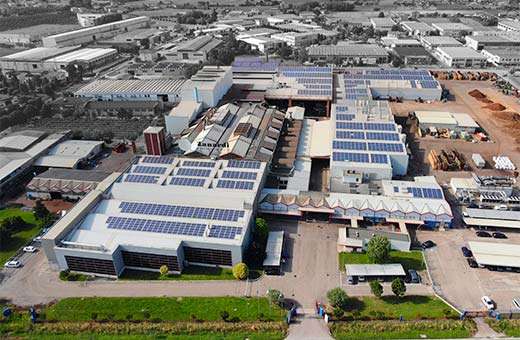 1931-2021: Restyling, communication and creativity to celebrate 90 years of business

The year 2021 is an extremely important one for Zanardi Fonderie. On occasion of our 90th anniversary, we have launched a series of initiatives to give our workers and visitors an insight to our company’s history, values and vision for the future.

For all of 2021, our internal and external communication will be enriched by an ad hoc logo, designed and developed specifically to celebrate our 90th year of business and highlight the importance of this milestone.

In almost a century of life, our foundry has gone from being a small local machine shop to a full-blown corporation with more than 200 employees, recognised for its market offer of highly technological, performing and innovative products. We have welcomed our 90th anniversary as an opportunity to do something new: invest in beauty, make the places where we work and welcome visitors more inviting and comfortable.

In particular, we have launched a restyling of our common spaces such as the reception area, canteen and dining areas; we have consulted with five illustrators to interpret our history and strengths with their personal creativity, and placed informative screens in the production departments and foyer to keep workers and visitors up to date on our latest initiatives and figures. 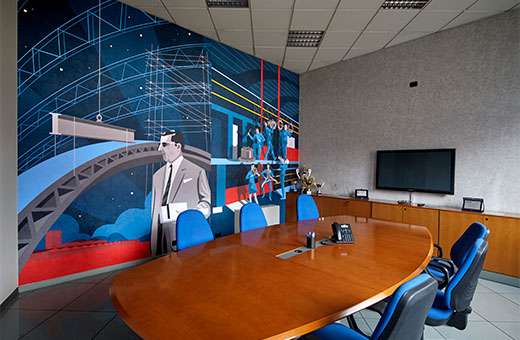 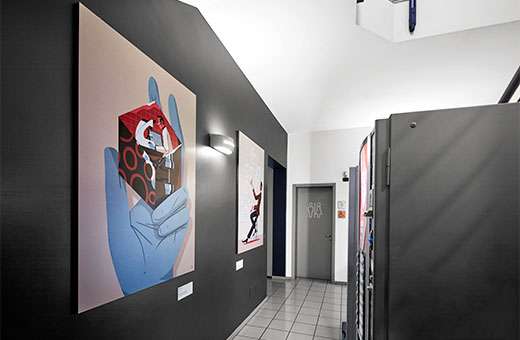 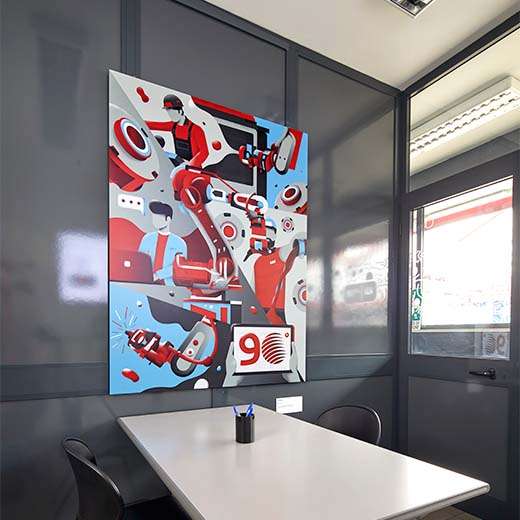 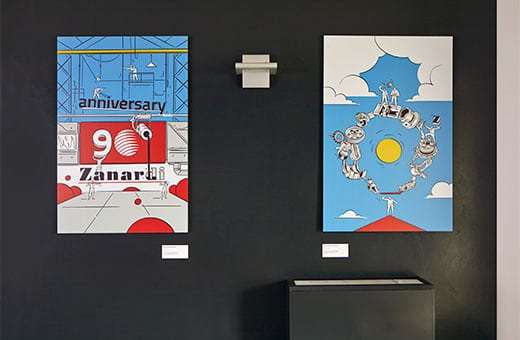 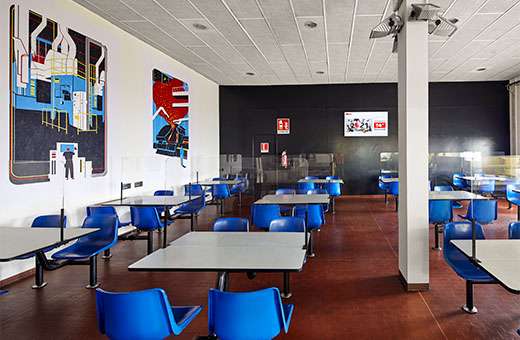 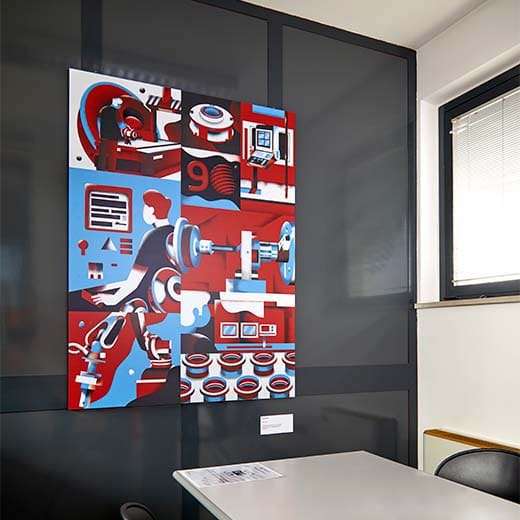 For all of 2021, through these and other initiatives, we will shape our desire to narrate the Zanardi Fonderie history in a more direct, enjoyable and clear-cut way to our collaborators, clients and suppliers, aware of the important role of communication in a B2B company such as ours. 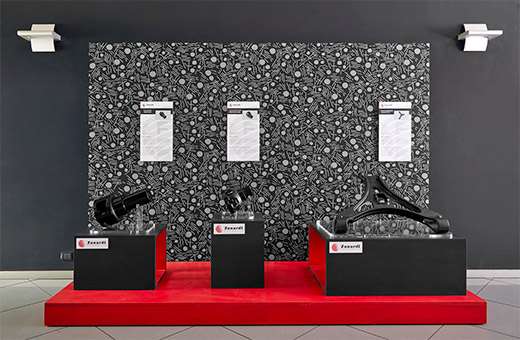 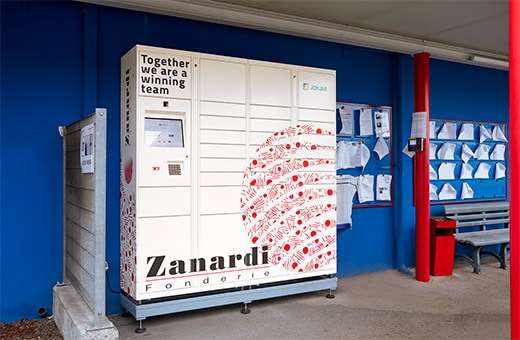 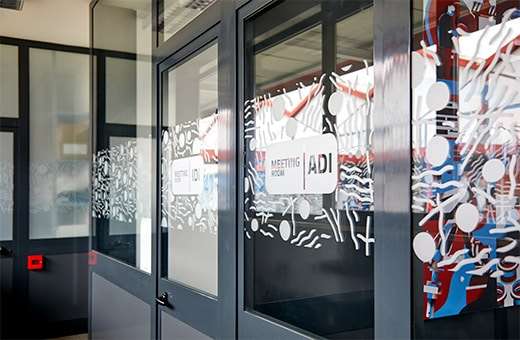 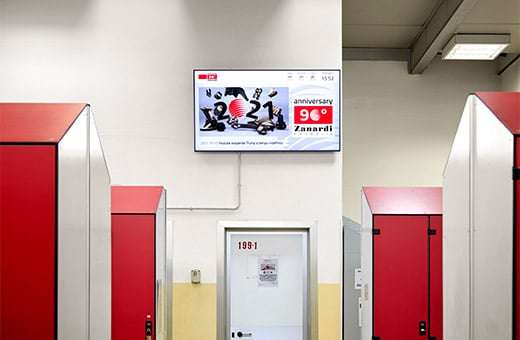 Our history: from the origins to the present day

A leap back in time: the birth of Zanardi Fonderie with Giuseppe Zanardi

The pioneer of Zanardi Fonderie was the foundry master, Giuseppe Zanardi, who from the first post-war period until 1931 had trained a good number of technicians at the Cooperative Meccaniche Legnaghesi. Between 1931 and 1936, together with his eldest son Danilo and later with his younger sons Giovanni, Bruno and Giacomo, Giuseppe Zanardi opened his own foundry, initially in a rented shed before later transferring to a self-owned property with 20 workers.

During the Second World War, the foundry business came to halt, but the post-war period led to new opportunities, and in 1951 the Zanardi family opened up a shed with a surface area of roughly seven-thousand square metres in Legnago. 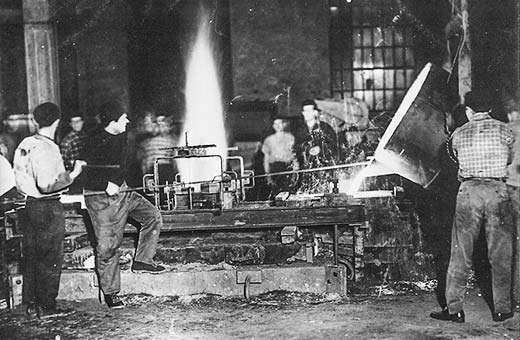 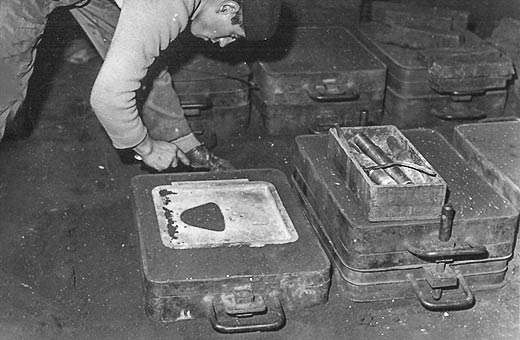 “Back to the foundry”, going back in time to remember the foundry of the past

In 2021, to celebrate the 90th anniversary of Zanardi Fonderie, we launched an initiative on LinkedIn entitled “Back to the Foundry” to retrace the most significant moments in the history of the foundry, from its foundation in 1931 in Legnago (Verona) to the construction of the current Minerbe facility.

To look at the images and find out about the details of the project, “Back to the Foundry”.

The Sixties and the construction of the plant in Minerbe

The current plant in Minerbe, designed for the production of spheroidal graphite iron, was built in 1963 in the midst of the economic boom and growing demand for this highly competitive material. The economic effort necessary to make this courageous investment led to a protracted financial crisis, which was only resolved in 1994.

In the continuous search for a healthy economic balance, investments were focused on melting systems, an innovative sand processing system and moulding lines. The company’s financial difficulties, aggravated by the crisis of the early ‘80s and ‘90s, were overcome with passion and sacrifice by strengthening its social culture within the factory and cultivating reciprocal trust between workers, trade unions and entrepreneurs.

From crisis to innovation with austempered ductile iron (ADI)

In 1972, Franco Zanardi – the eldest son of Danilo Zanardi – joined the company, bringing with him his expertise as a new mechanical engineering graduate, and ten years later, Federico Zanardi, also a mechanical engineer and Danilo’s third son, joined the company too. Between 1981-1984 the two brothers slowly took over the company’s complete management, personally seeing to the operational orders left by Danilo Zanardi, founder and leader of the business enterprise, and his brothers Bruno and Giovanni, expert managers of production activities (Giacomo unfortunately passed away in a car accident in 1953), who stayed with the company for a long time, fulfilling the important role of board members.

In 1983 Franco and Federico became directors of the company, fulfilling until very recently, synergistic and complementary roles: Franco was responsible for market activities, production cost control, product and process design; Federico was in charge of production activities and investments, with a particular focus on aspects concerning safety and the environment.
The Eighties were very important years for the experimentation of austempered ductile iron (ADI) technology. For many years, Zanardi Fonderie was the licensee of the Germanite patent held by Dr. Horst Mühlberger, and thanks to this technology, was able to consolidate its position in the market as a manufacturer of austempered ductile iron castings that can be machined after heat treating.

Zanardi Fonderie produced its first castings in austempered ductile iron ADI in 1985, and since 1987 has regularly invested in research projects.

The development of an “integrated” plant

Between 1995 and 2008 the company was guided by the board of directors with Franco as chairman, Federico as deputy chairman and employer and Brunetta Zanardi, Bruno’s daughter, as a board member. During these years, the company invested approximately 55 Million Euros in the Minerbe plant to make it suitable for the self-production of castings in machined austempered ductile iron, and acquire a complete skill set for all the necessary processes.

Until the end of the Nineties, the investment campaign was focused on the installation of the Savelli Forminpress 900X710X(350+250) moulding line, the in-line manual finishing department, the internal core shop and the new deburring department. From 2000, investments were made in the austempering heat treatment department and the mechanical machine shop was upgraded with the introduction of new burr removal machines. In 2007 the core making shop was extended and upgraded, and a new melting furnace was also purchased.

The global financial crisis, which struck in September 2008, strongly affected all mechanical sectors and certainly didn’t spare Zanardi Fonderie, which experienced a very dramatic year in 2009 due to a drastic reduction in orders. In 2011 the company’s management was entrusted to Federico Zanardi, who had also taken on the role of chairman of the board of directors with Brunetta as board member, while Franco became the honorary chairman. The role of deputy chairman of the Board of Directors was taken on by Fabio Zanardi, Franco’s eldest son, management engineer, who had worked in the company since 2002 in the quality and sales divisions. Despite the difficult financial context between 2009 and 2015, the company nonetheless managed to invest in improving worker health and safety and environmental protection. In particular, new filters were installed as well as an automated cast iron transfer system.

The year 2015 marked a generational change with a new board of directors: Fabio Zanardi was elected chairman, Federico deputy chairman and employer, Brunetta board member and Franco honorary chairman.

In the same period, Tancredi (Federico’s son) joined the company in the buying and supply chain division, as did Riccardo (Franco’s third son), working in the systems, maintenance and plant management area.

In October 2016, Zanardi Fonderie organised “ADI DAYS”, the first company workshop dedicated to austempered ductile irons, involving more than 80 people from 46 companies and 16 different nationalities. The event was a huge success, which allowed the sharing and in-depth discussion of technical and commercial aspects of ADI before an international audience. 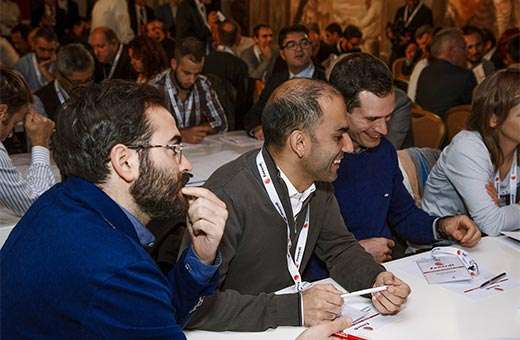 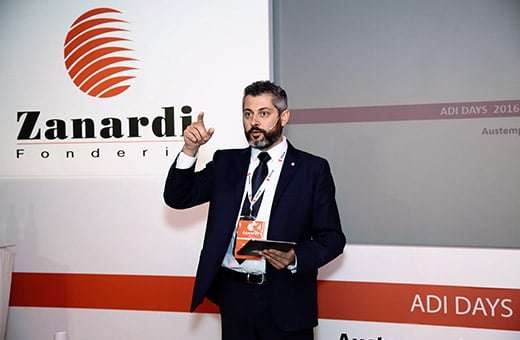 From 2018, important upgrades with investments in deburring and mechanical processing equipment and the new SAP management system

These investments allowed us to commence several new collaborations as mechanical machining subcontractors, and also to extend the range of machining performed on manufactured castings, enhancing the Supply Chain in order to satisfy the requests of an increasingly demanding market.

Moreover, at the start of 2019 the new SAP S/4 HANA management system was launched, allowing the company to take yet another leap forward in its journey of growth.

On occasion of the GIFA 2019 trade fair in Düsseldorf (June 2019), Zanardi Fonderie presented its new Zanardi Austempering brand to the market, designed to offer a outsourced austempering service to all European foundries.