We’d like to use a case history to tell you about the design and development of an ADI800-10 planetary housing commonly used to develop coaxial precision planetary gear reducers used in mechatronics for industrial automation. The sector of reference is the industrial one 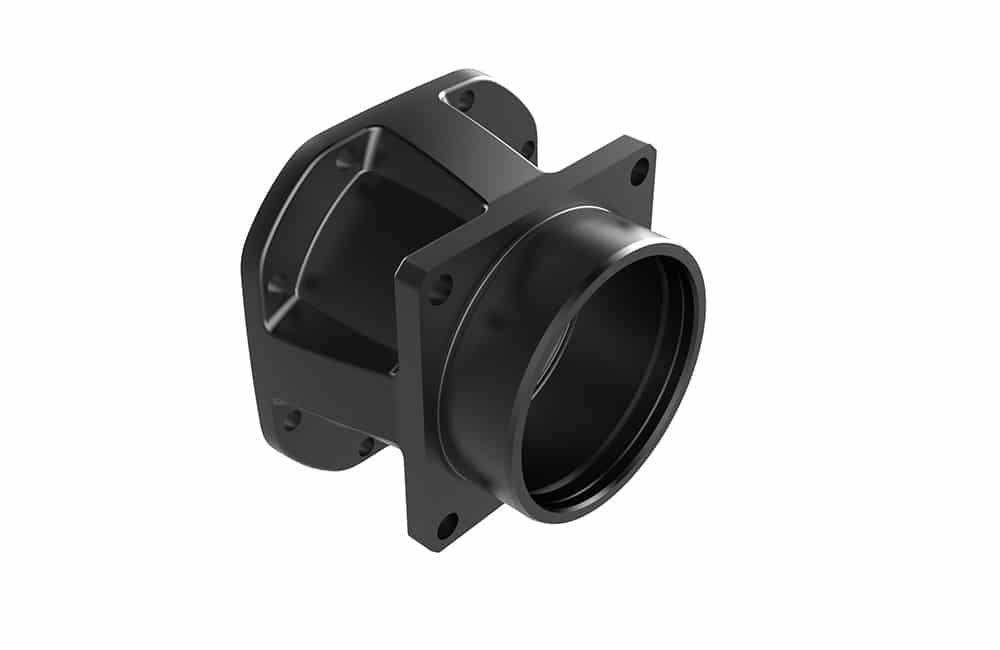 Industrial applications of the planetary housing for planetary gear reducers

The precision planetary gear reducer is an application designed to offer torque density, a high load capacity, extreme precision, low vibration and noise levels. Planetary gear reducers are widely used in the industrial sector for the automatic handling and storage of materials, packaging and textiles.

The ADI800-10 ductile iron has mechanical properties and tooth root fatigue strength comparable to that of Nitrided EN-GJS700-2.

The austempering heat treatment induces fewer deformations on the machined surfaces, such as to eliminate the need for grinding operations to minimise them.

The grinding stage, when necessary, is carried out on a softer material (ADI800) compared to the nitrided material. This makes it simpler and cheaper. 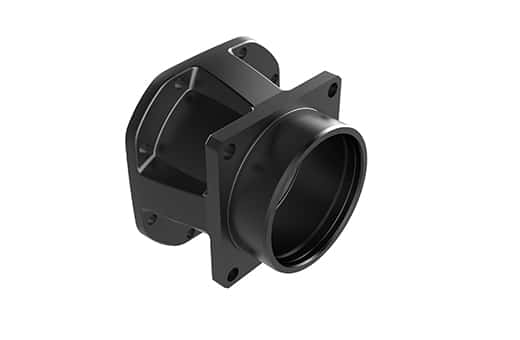 The number of stages were reduced from 5 to 4, whereby the first two (melting and austempering heat treatment) were performed in-house by Zanardi.

A shorter supply chain, cheaper (austempering) heat treatment, minimal and in any case cheaper mechanical machining insofar as performed on a softer material, generated a significant overall saving for the client.

The requirements of the client and planetary housing

The client traditionally manufactured planetary housings in nitrided EN-GJS 700-2 spheroidal graphite iron. Nitriding was generally performed on already broached parts. The client’s main request was to simplify the production process, eliminating the nitriding treatment and consequent need for grinding, with all the distortions generated precisely by the nitriding treatment on the teeth.

In order to achieve the client’s objective, it was also crucial not to modify the final shape of the part, which was already approved and tested in EN-GJS 700-2. Technological improvement was therefore needed, but not a redesign.

The solution in ADI800-10 austempered ductile iron made it possible to obtain a part with tooth root fatigue strength comparable to that of the nitrided part. The general performance of the solution in ADI800-10 was more than satisfactory. Also worth mentioning is the fact that the austempering heat treatment caused practically zero distortions, which are in any case rectifiable thanks to the minimal machining. Any finishing processes can be performed on a softer material with respect to nitrided EN-GJS700-2, and are therefore cheaper overall.

It is also important to remember certain limitations of the nitriding process. This operation generates a so-called “white layer” on the surface of the finished part, which is extremely hard but at the same time very thin (hence measured in HV – Vickers). It should be remembered that once the nitrided layer is worn, the material below is quickly consumed, causing extremely low hardness values – the AS CAST values of the base material. Secondly, white layer splinters (nitriding pieces) may be generated during processing, which may in turn cause cracks and damage to the nitrided layer. Austempered ductile iron on the other hand has no other layers, rather its surface hardness and wear resistance depend on itself alone and its own self-hardening, which occurs during processing and increases the values of hardness and wear resistance so much as to compete with a nitrided layer.

Manufacturing methods and techniques of the planetary housing for planetary gear reducers: a comparison of ductile irons

The production process to obtain the part in nitrided EN-GJS 700-2 consisted in 5 macro stages, whereby the last finishing stage was carried out on a surface at more than 450 HV.

The solution in ADI800-10 austempered ductile iron on the other hand involves 4 stages: